The rapier loom is an efficient machine for weft insert […]

The rapier loom is an efficient machine for weft insertion. Its interlocking weft insertion mechanism is suitable for both delicate and difficult to control yarns. It can weave a variety of fiber yarns including filament yarns and classic fibers. The rapier loom is ideal for production of fine fabrics. It can produce high-quality fabric at an economical price. Moreover, it can produce a range of colors and patterns.

The rapier insertion system has two distinct phases. The first phase consists of the weft insertion and the second is the picking of weft. Both processes are controlled at each and every single moment of the process. It is therefore possible to achieve maximum pick density without compromising the loom speed. This can be achieved by programming the pick density on the microprocessor keyboard.

During the weft insertion phase, the rapier passes through the front half of the shed of warp strands. At this point, the receiving gripper comes out of the shed first. This is done so that the rapier will travel toward the sley center. The rapier reaches the outer dead center position. Its gripping pressure is adjusted to allow weft yarn entry. After this, it begins to travel toward the fabric selvedge. The remaining length is due to the flexibility of the rapier ribbon.

The rapier insertion system is a mechanically modernized version of the primitive method of fabric production. In the primitive method, weft was carried from one side of the shed to the other by hand. The mechanically modernized version, in which weft is transferred through a series of interlocking mechanisms, is called a positive weft transfer rapier loom.

The pick mechanism carries the weft thread from one side of the loom to the other. The rapier is designed to move in a horizontal plane and can easily adapt to changes in cloth width. It is used to weave a wide variety of fabrics, including silk and classic fibers. It is a low-cost loom and is becoming increasingly popular as the loom of choice for fabric manufacturers.

The pick mechanism can be improved by utilizing servomotors to actuate the clamp openers. In addition, the rapier can be programmed to oscillate at certain speeds and intervals. This allows the servomotor to take into account individual weft yarns and a particular type of fabric.

A rapier loom can produce a maximum of 1,500 meters per minute. Its sizing requirements are also relatively low. This type of loom is ideal for producing fabrics with intricate patterns. In addition, it has a low need for neps and yarns.

PREV: What are weft feeder parts?      NEXT: Weft Feeders for Rapier Looms 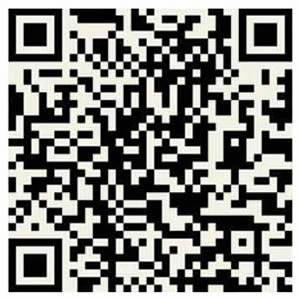